One out of six diner cars built by Budd in 1958, NP #460 is a 48-Seat Dining Car that was used on the North Coast Limited from 1958 to 1971. It was built to replace the older Dining cars that were built in the 1947 streamline upgrade of the train. It was transferred to Amtrak (AMTK) in 1971 and was renumbered to #8046, after upgrades to the car in June 1980 it was renumbered to #8509. It enjoyed a long service career all over the country on Amtrak serving from 1971-2017 when it was retired from service. In Nov 2018 when Amtrak announced it would be selling their older dining cars, a team was assembled to inspect the four Ex-NP Dining cars that were up for bid. After a thorough inspection of the cars, the museum sent out a bid for the #8509 and #1135 (an Ex-NP baggage car). The museum won the bids on both cars and after official ownership was transferred, the museum began preparations to move the cars. The #460 was not in the position of being moved offsite immediately as it was missing its original trucks. Got to love those rusty lightweight trucks; they were the reason that the car had a lower price tag. 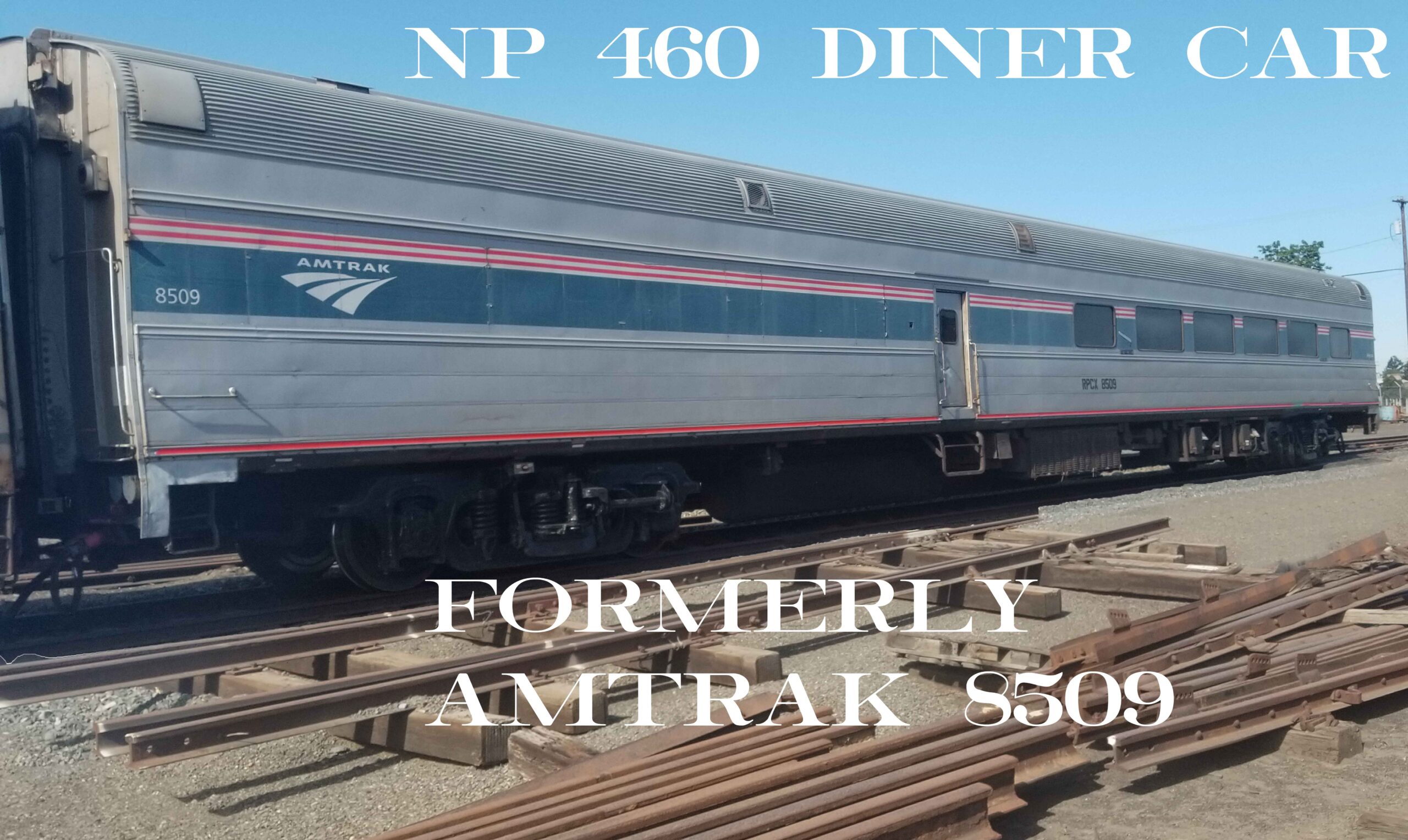 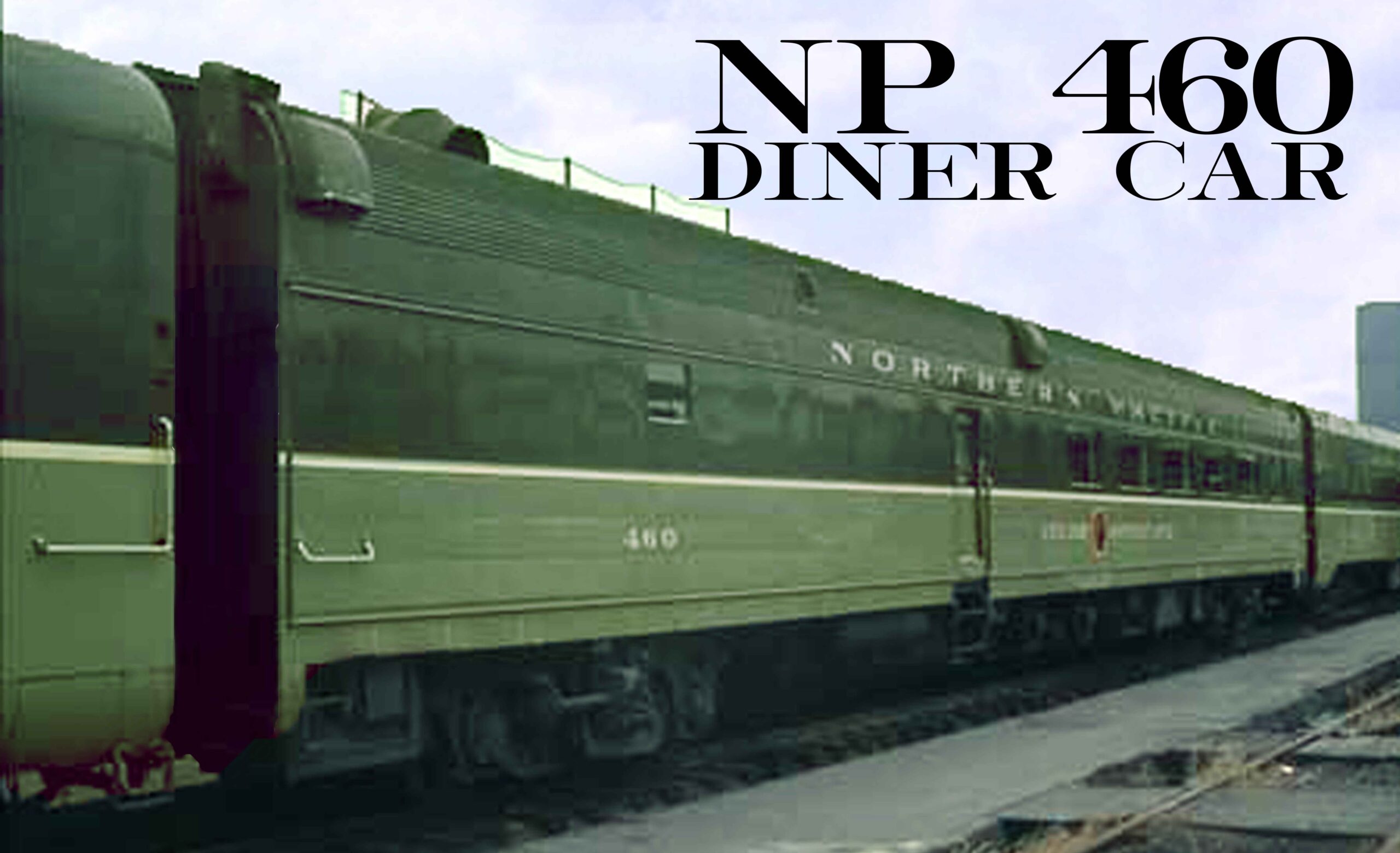 Before Amtrak in 1971 this car was owned by the Northern Pacific.  Mouse over the picture. 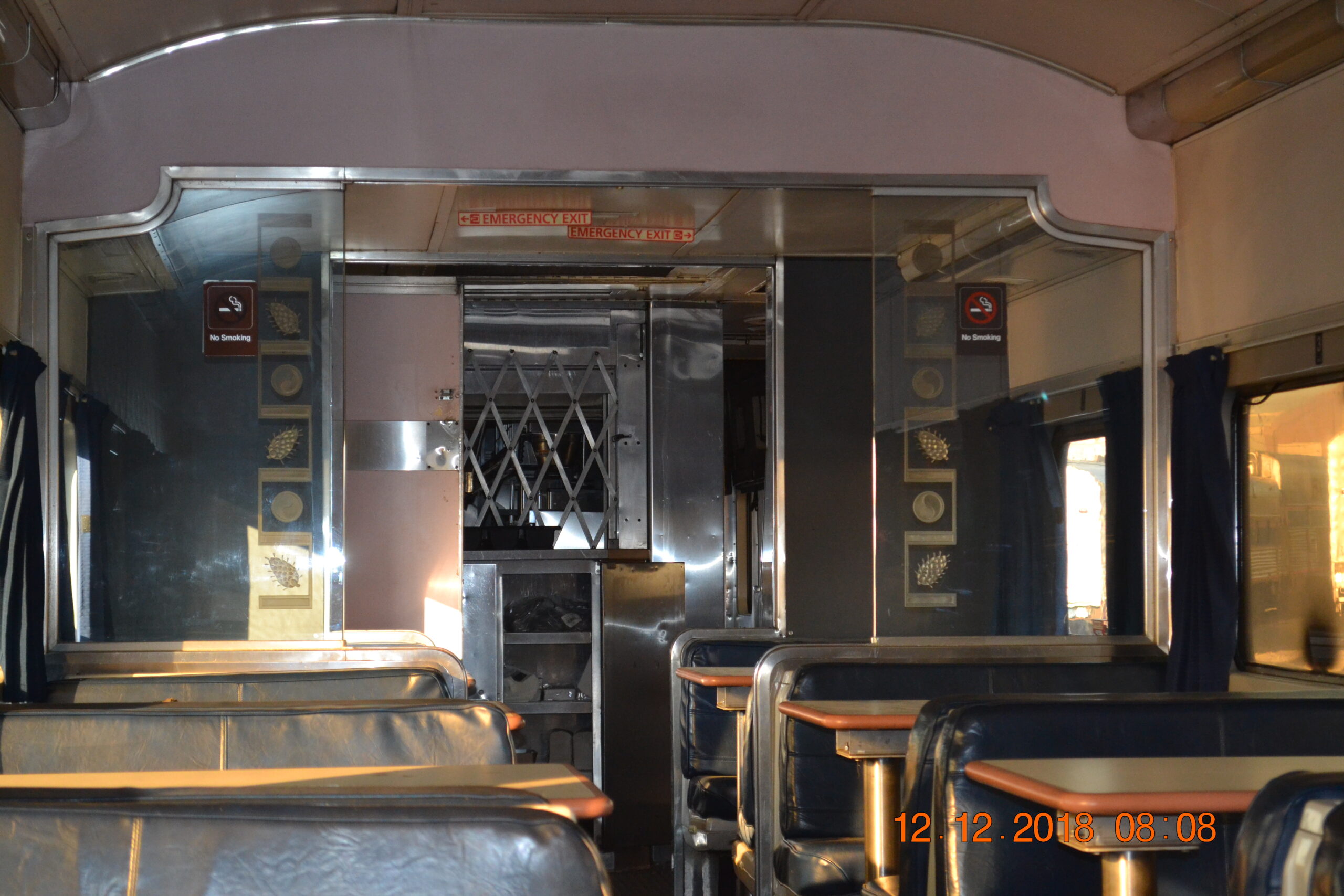 Notice the original Northern Pacific glass partitions in the pictures to the right. Out of the four Ex-NP diners the #460 was the only one to still have its partitions, or have any major rebuilds on the kitchen or dining area thus making it the most original out of the four diners. For these reasons the museum decided to acquire the car. 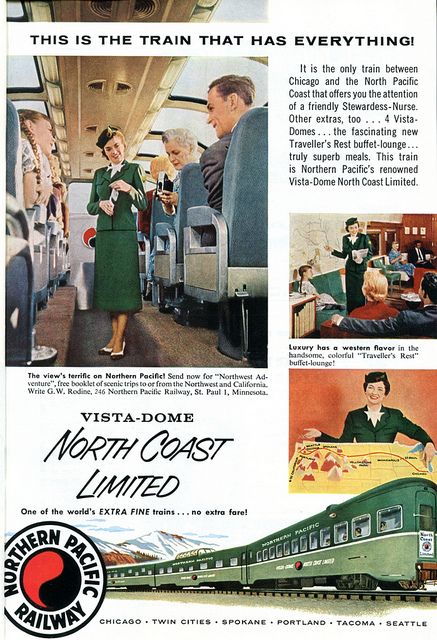 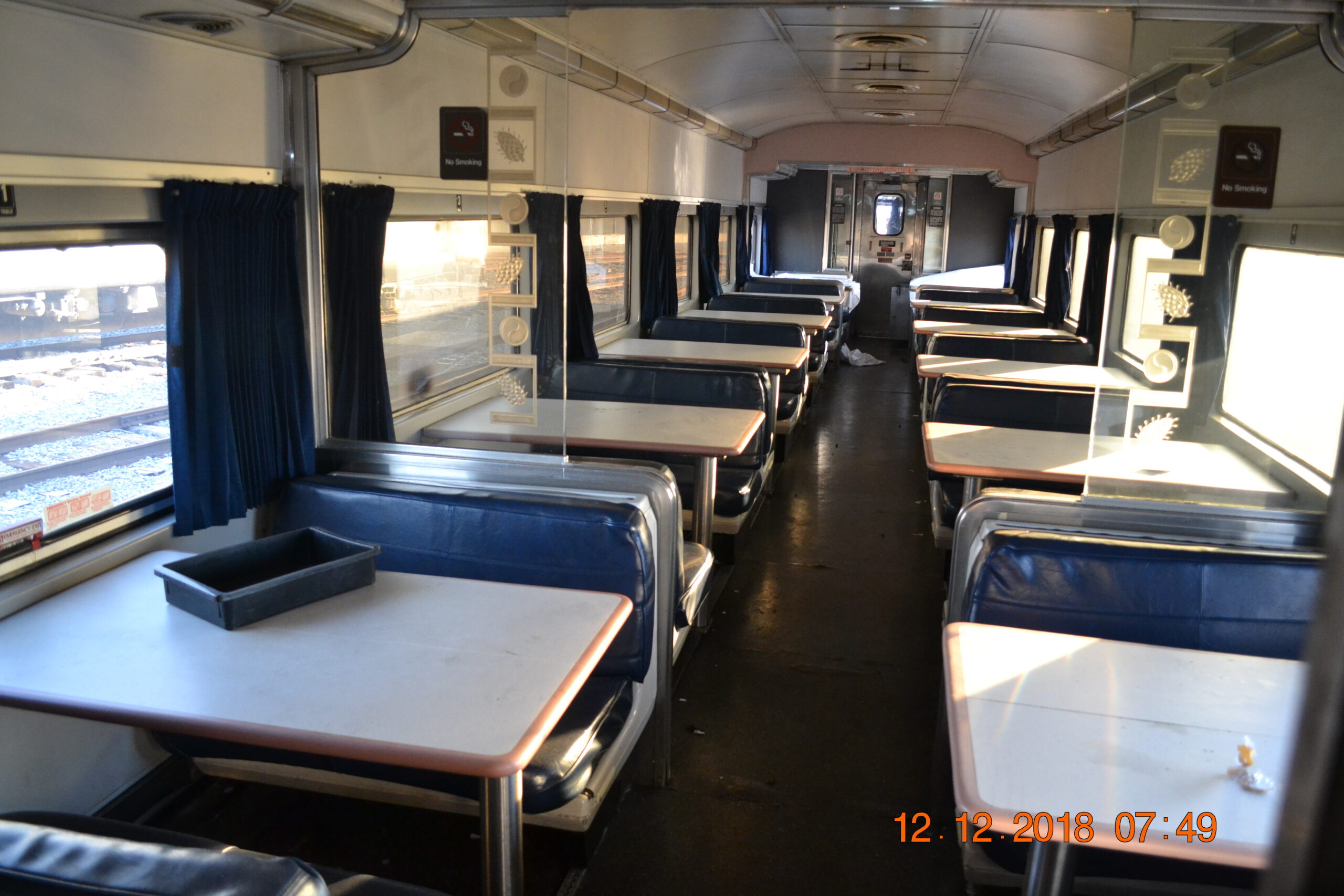 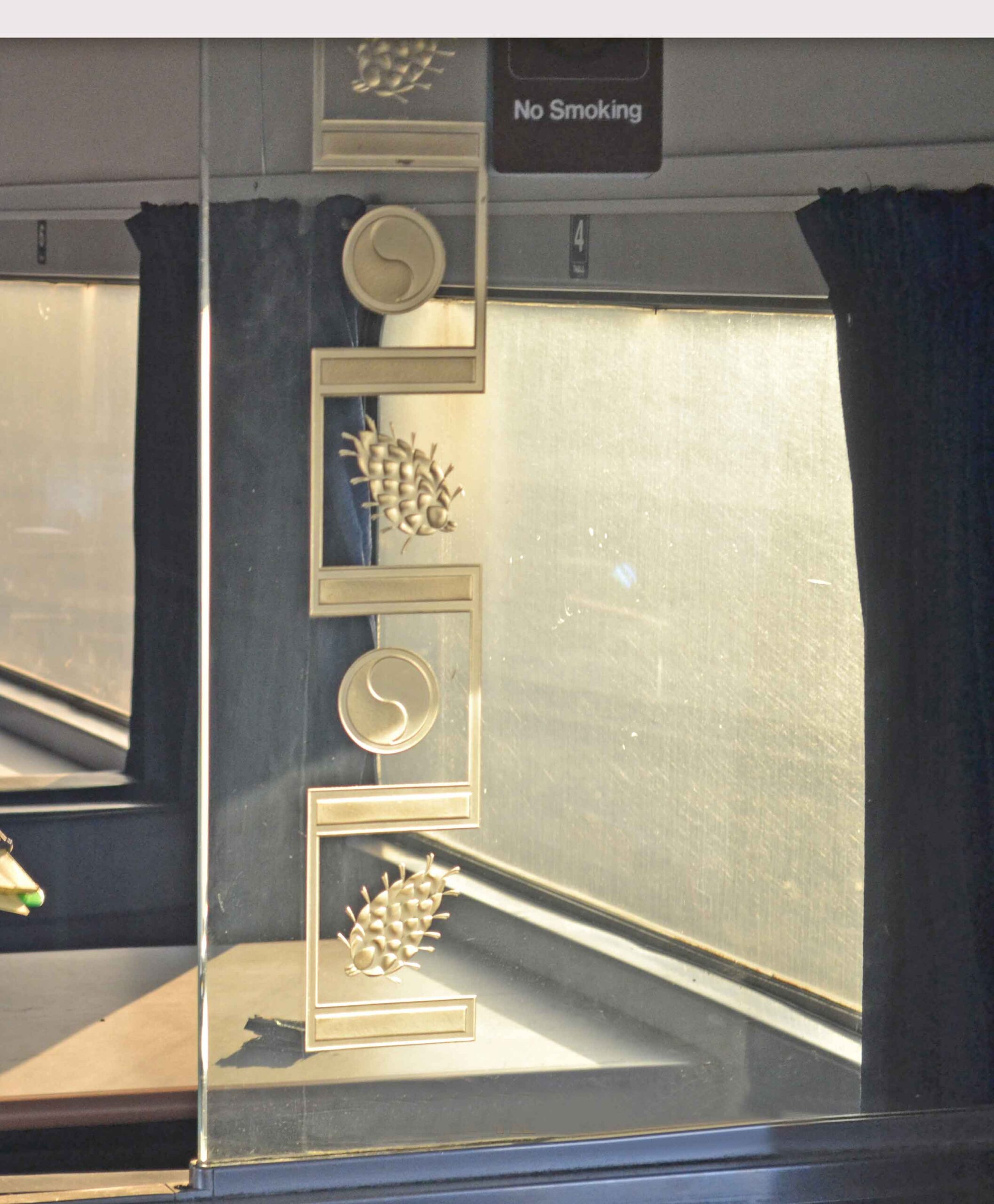 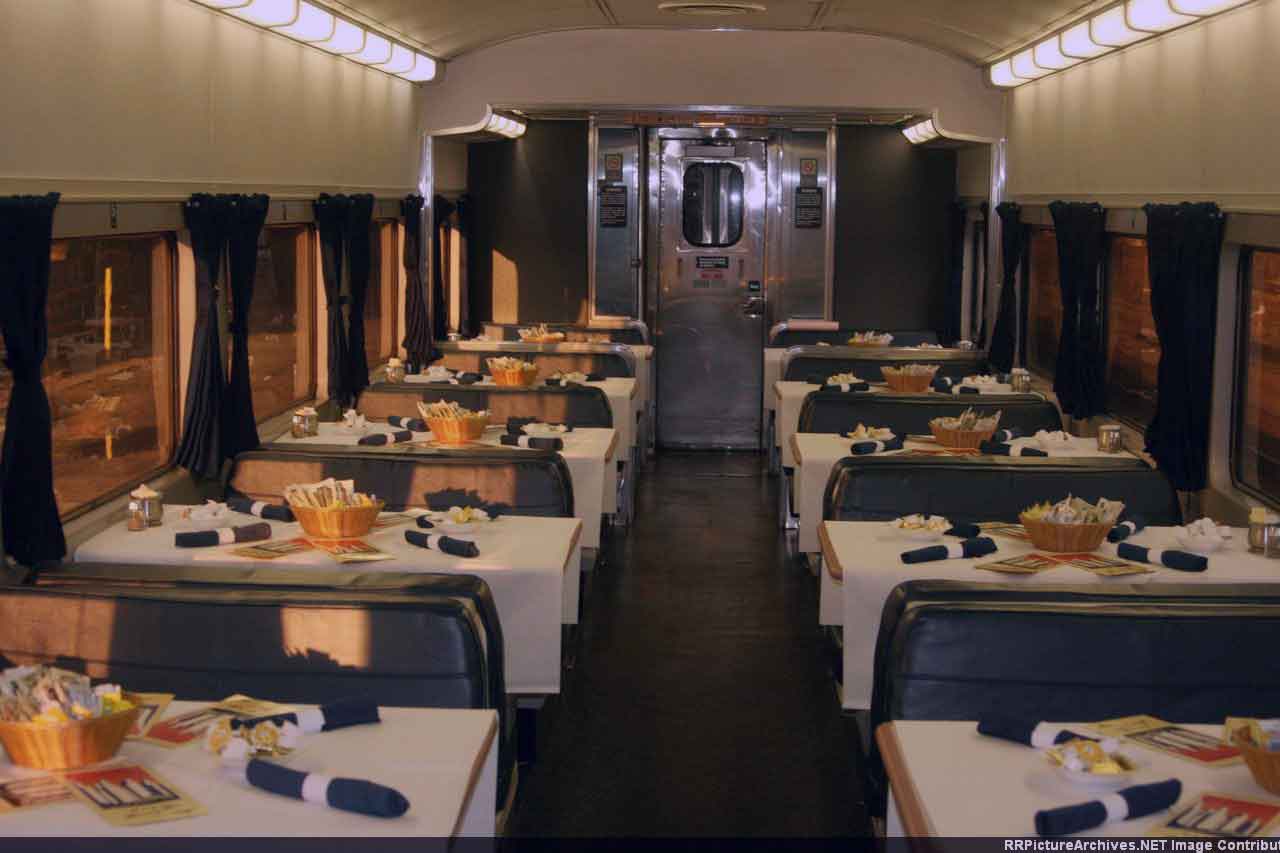 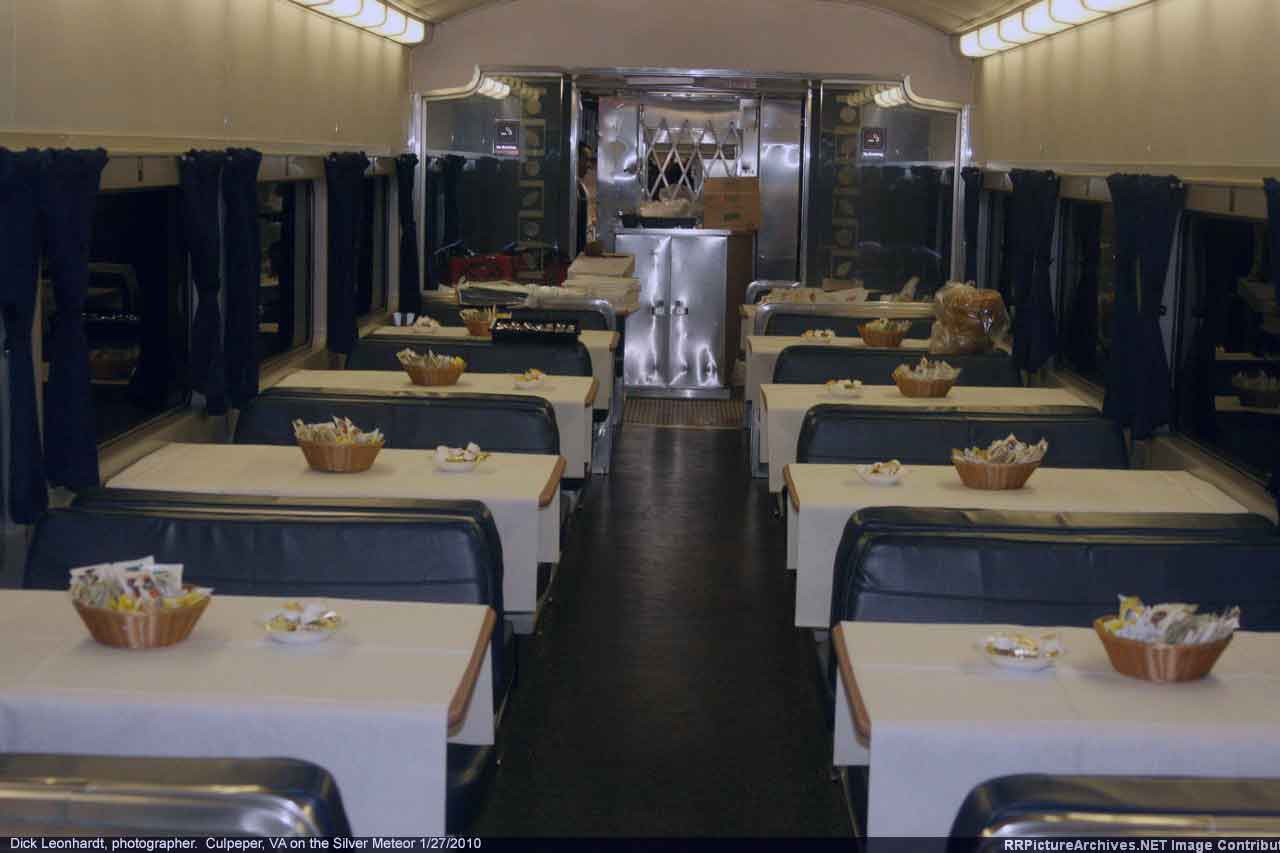 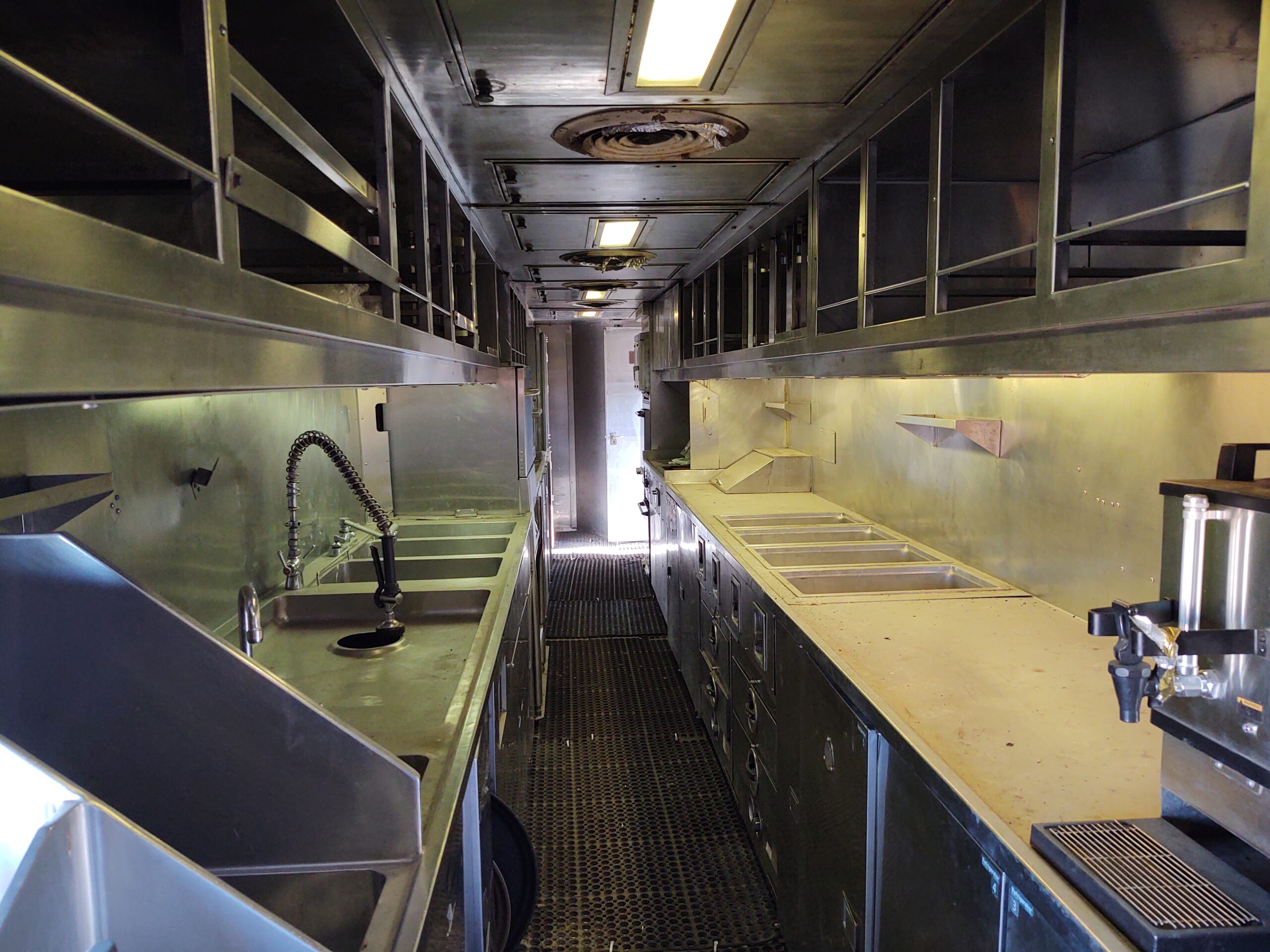 Looking into the kitchen 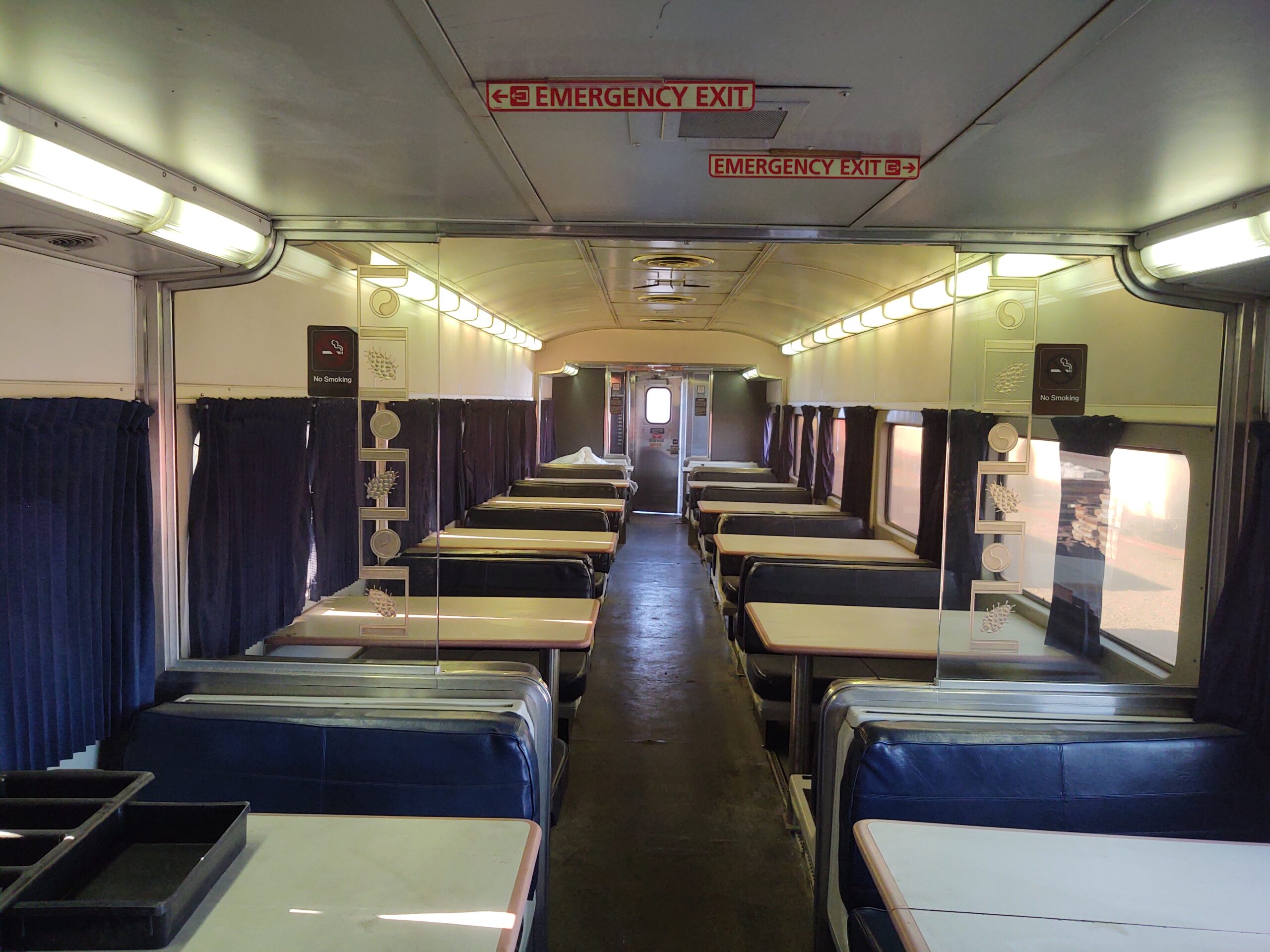 Looking to the rear exit 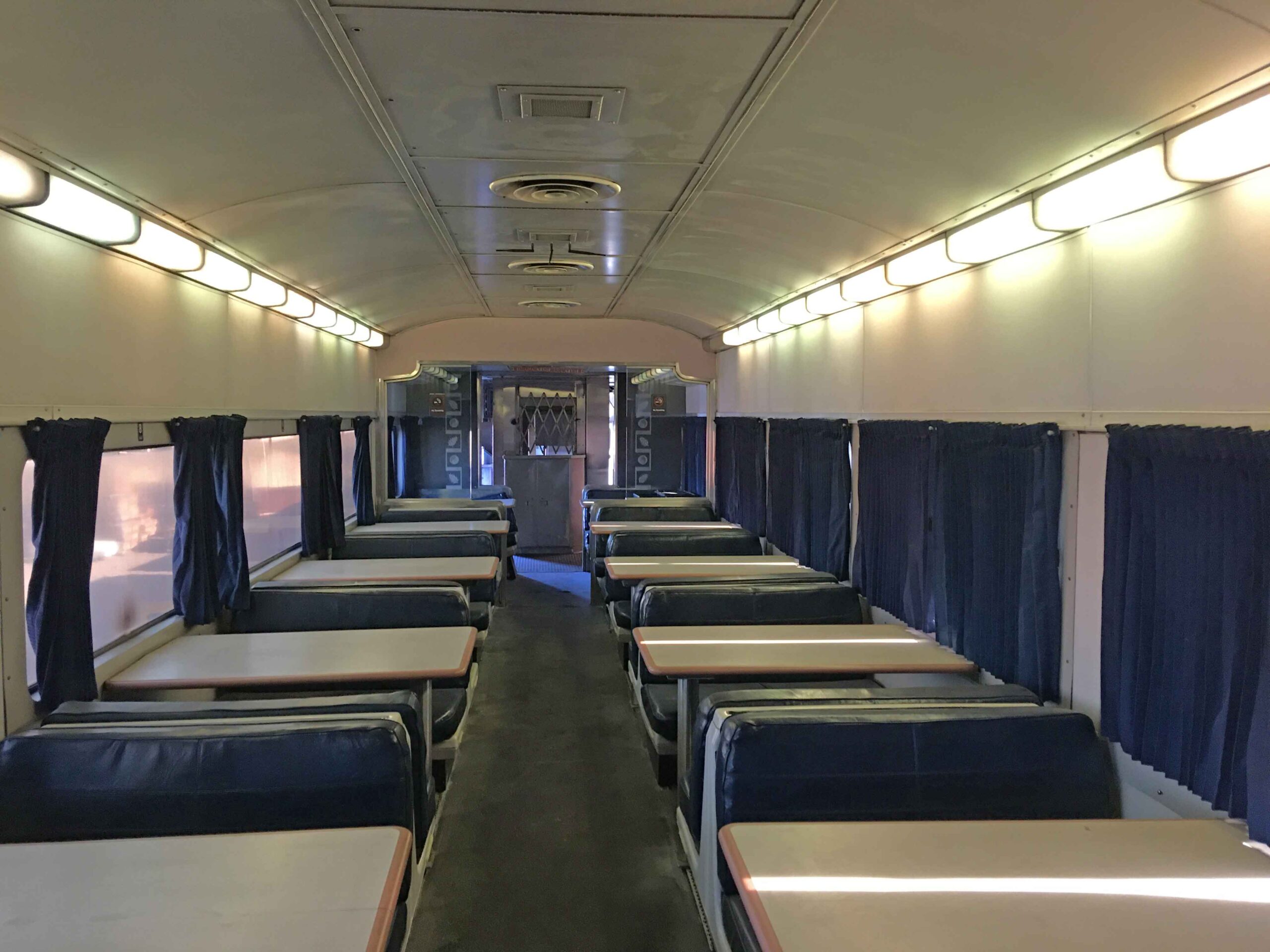 Looking toward the kitchen