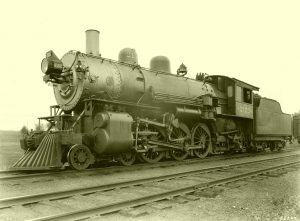 Engine #2152 was built by Baldwin Locomotive Works, Philadelphia in March, 1909 at a cost of $15,830.00. As a 4-6-2 light Pacific class Q-3 engine, her initial purpose was to pull the average mainline passenger train of the 1910-20 era. The typical consist was eight to ten wooden passenger cars totaling up to 700 tons over level and moderate terrain. As more powerful locomotives were developed, she was relegated to branch line passenger and freight service as well as helper service in mountainous regions.

Engine #2152 initially served on the east end of the NP line. A sampling of her service record shows her taking passenger trains out of St. Paul in 1925, working on Mandan-Livingston-Glendive schedules in 1939, and carrying vacationers to Yellowstone Park in 1941. 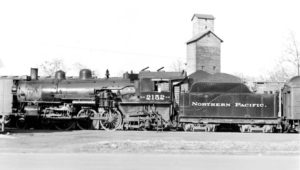